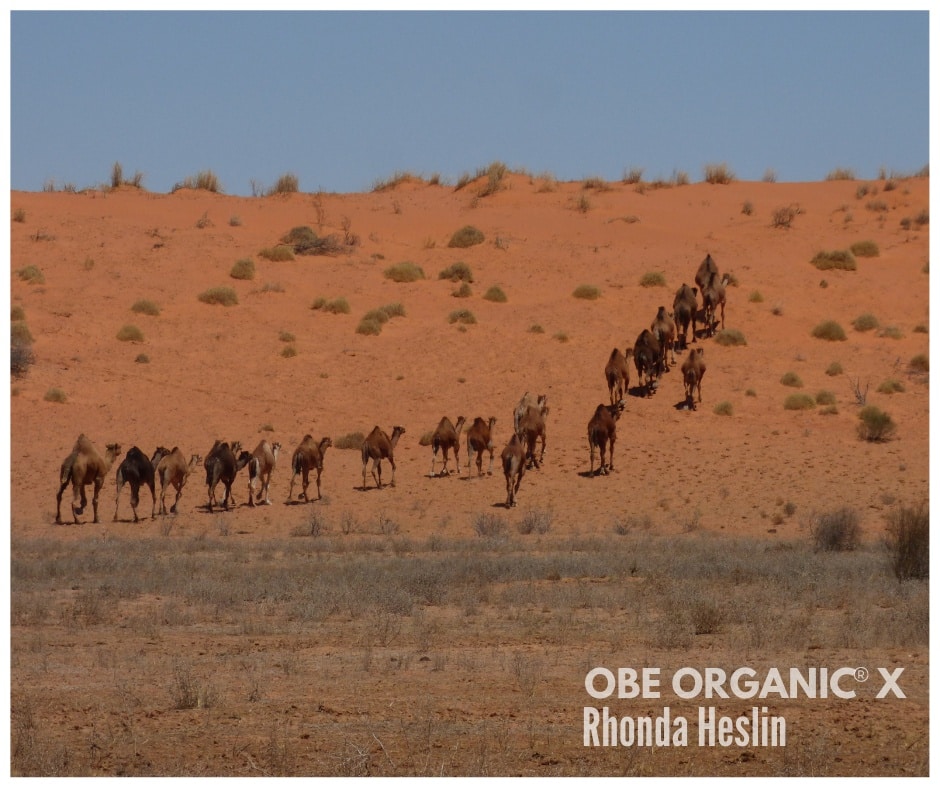 Camels in Australia date back to the mid-1800s.

‘Several types and breeds of camels from different countries were imported to Australia, most of them were one-humped dromedaries. Two-humped Bactrian camels from China were the minority. In 1866 Thomas Elder established the first camel stud in Beltana, SA, with camels mainly from Karachi and India, other studs followed mainly in Western & South Australia.

Opening up the Australian Outback

Muslim cameleers arrived in Australia with the camels. They took part in expeditions, worked on the Great Northern Railway Line, and helped to open Australia’s inland. The railway line from Port Augusta to Alice Springs soon became known as the Ghan Line.

Many Outback towns, like Marree, had their own “ghan towns” on the outskirts. From these ghan towns the cameleers operated as far as into the Northern Territory to bring supply to isolated stations, bush towns and telegraph stations. At the turn of the century camels were used all over the inland of Australia.’