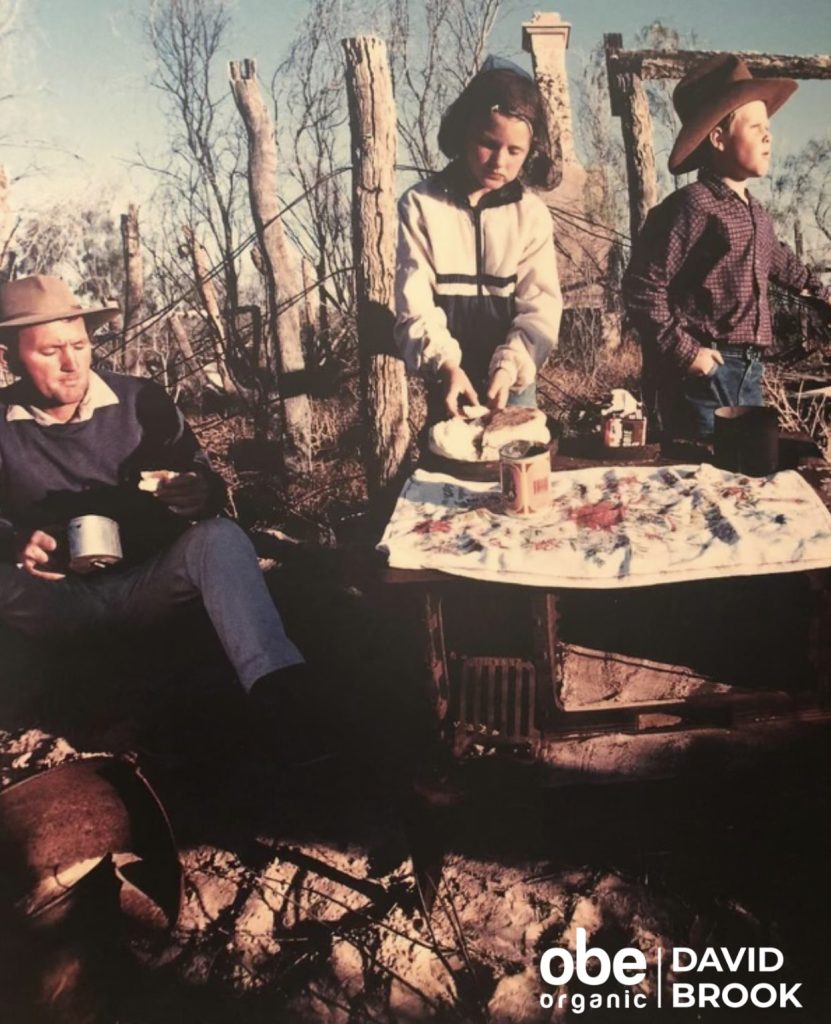 In the early 1980’s a photographer for the National Geographic magazine came to Birdsville to shoot some images of the outback. I took our twins Dalene & Deon out to the ruins of Annadale and he shot a series of images, including this one. You can see the old stone chimney in the background. This photo still hangs in my office in Birdsville. Our son Deon died in 1996 in a helicopter accident. Dalene named her son, our grandchild, after him; Joshua Francis Deon Wray. Another of our daughters, Karen, has a son called Louis, who bears an uncanny resemblance to Deon. This photo was taken in the 1980’s.