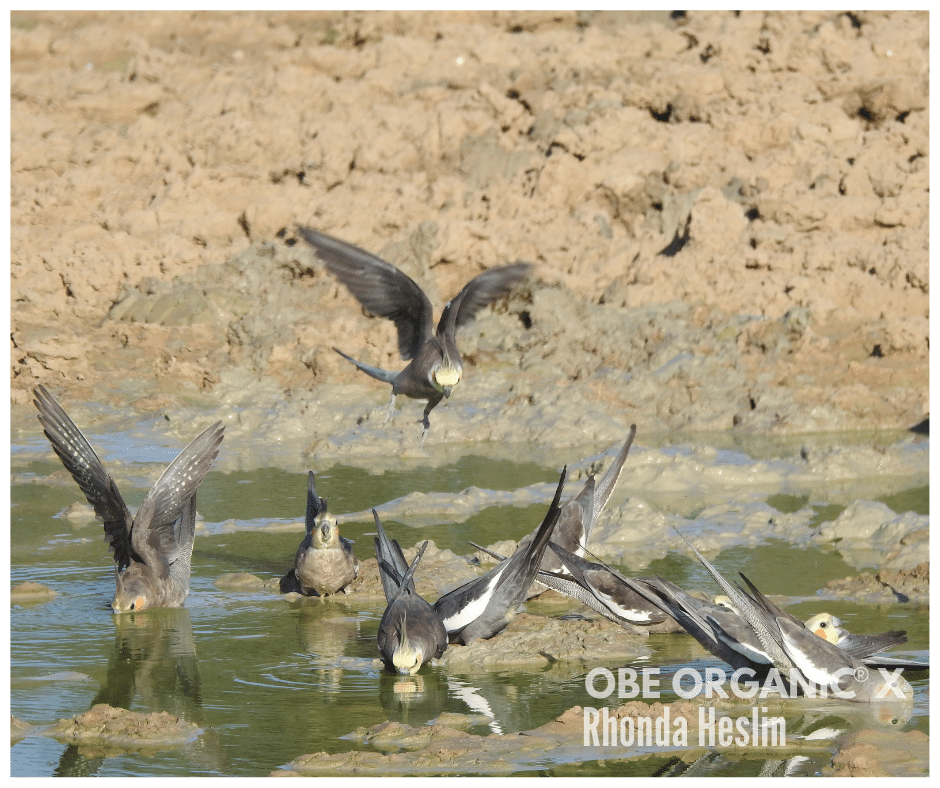 “Everyone likes birds. What wild creature is more accessible to our eyes and ears, as close to us and everyone in the world, as universal as a bird?” – David Attenborough

‘The Cockatiel mainly occurs in inland regions of Australia, avoiding continuously wooded areas, and preferring areas of open country, where it can forage on the ground. Sometimes they congregate to eat spilt wheat along roadsides, where they are often struck by vehicles. Like many birds of the inland, the movements of the Cockatiel appear to be influenced by rainfall, with birds breeding up in good numbers during wet periods, but then, during subsequent droughts, large numbers are forced to move into regions where they seldom occur.’ Source Cockatiel | BirdLife Australia