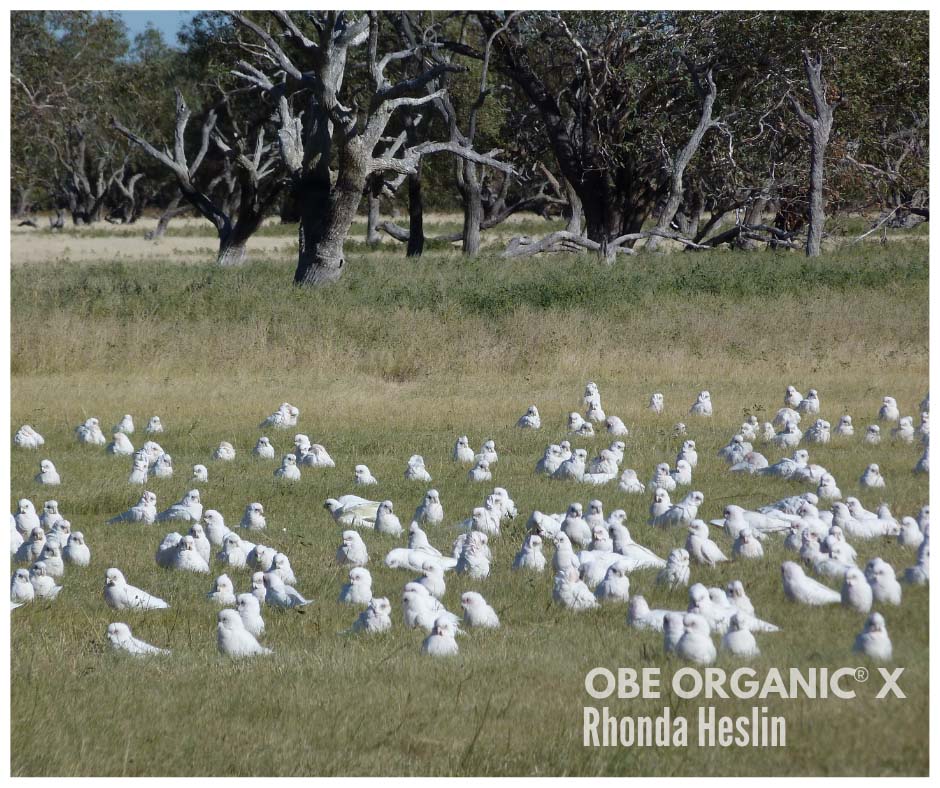 Little Correllas like to play. They often form large flocks, especially along watercourses and where seeding grasses are found.

Little Corellas feed in large noisy flocks. The birds feed mainly on the ground and have to drink on a daily basis.

They are widespread throughout Australia.

They are mostly white, with a fleshy blue eye-ring and a pale rose-pink patch between the eye and bill.
In flight, a bright sulphur-yellow wash can be seen on the underwing and under tail.

The sexes are similar in plumage, and young birds look like the adults, but are slightly smaller.