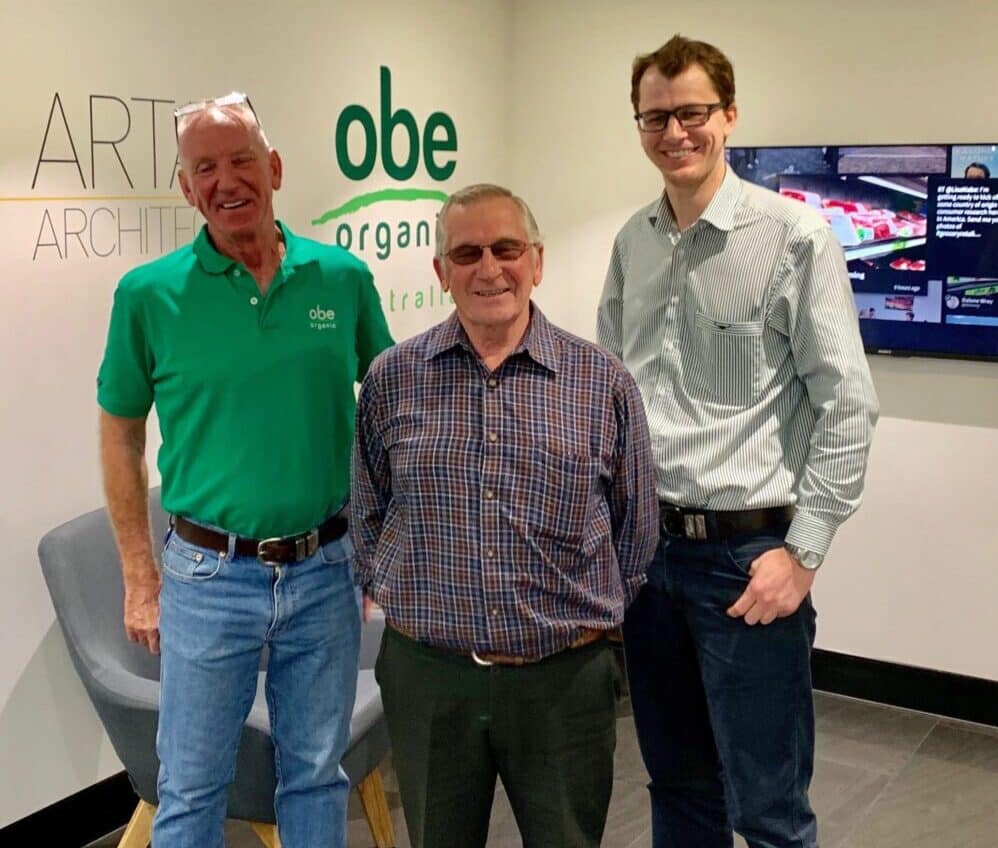 We would like to announce Abattoir Systems Advisor, Mike Drommel’s retirement and recognise our appreciation of his great work at OBE Organic®. Mike joined the OBE Organic team back in 2013… seven years ago!

Mike was responsible for providing support during our weekly productions and delivering solutions for increased efficiency and productivity. He had an immense impact on the team and achieved great things.

“Mike has contributed years of experience to our business, and his achievements will not be forgotten. He has been an advisor to many, and his influence has made an indelible impact on us and our operations. I want to thank Mike for all he has done for the development and progress of OBE Organic.” – Dalene Wray, Managing Director OBE Organic.

The whole OBE Organic team will miss Mike greatly but hope that he enjoys his next chapter of life spent on a golf course.

Born from a belief in natural goodness…

OBE Organic® produces the world’s best organic beef. We began in the 1990s as Australia’s first and only premium meat exporter 100% dedicated to the production of organic beef. Formed by a group of far-sighted pastoral families, our company was founded on century old traditions – raising cattle exactly the way nature intended. No chemicals, no pollutants, no hormones, nothing, except a whole-hearted commitment to letting the most enriching natural forces and environment produce the very best grass fed organic beef.