An international perspective on … Sustainability 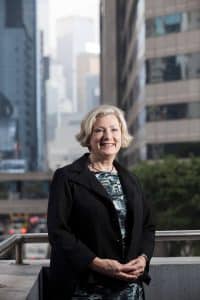 Like the rest of Australian agriculture, we’re heavily reliant on export markets to sell our clean, premium produce to. The world might be getting smaller, but it’s still a big place with big differences.

That’s why we think it’s critical to keep a strong international perspective, and why we’re delighted Hong Kong-based Deirdre Lander has been reappointed to another two-year term on the OBE Organic Board.

Deirdre has more than 25 years of Australian and Asian experience as a management consultant, corporate executive and academic helping organizations implement their business strategy and improve their performance through effective people management.

OBE Organic has benefited from Deirdre’s insights for more than five years. We thought we would share her knowledge by quizzing her on a number of topics over the coming months.

What’s a trend you see in Hong Kong that you don’t think people appreciate in Australia?

Just how important and valuable ‘clean and green’ is.  It’s a label Australia throws around a lot, but in many ways it’s the difference between us and our competitors and if we take it for granted, or don’t work to improve the attributes behind ‘clean and green’, we will be in dire trouble.

OBE Organic has been managing sustainability for almost five years through its FLOURISH program, and the work of the Australian Beef Sustainability Framework over the last couple of years to raise the bar of the industry is incredibly valuable.

What is the state of sustainability in Hong Kong?

Corporates are taking sustainability really much more seriously.  They are now moving beyond the corporation and increasingly organising initiatives for their staff to clean up the beach or to move away from single use plastics.  One of the reasons they’re doing this is because they understand sustainability is so important to millennials, so if they want to attract them they need to appeal to them.

The discussion is deepening as well.  People have gone from talking about climate change to talking about habitat destruction and use of water.

For OBE Organic, our cattle come from a rangelands environment that has historically had little land clearing, uses no irrigation, and sequesters a lot of the emissions from cattle in the vast expanses of vegetation.  So we have a good story, but it’s a constant challenge to get the message out with limited resources.

Are you seeing more alternative meats in Hong Kong?

Yes.  Hong Kong is one of the few cities outside the US to sell the fake meat burgers coming from the US, and I think they are here because the global nature of Hong Kong means new ideas like this are much more likely to be tried, adopted and dispersed around the world.

These synthetic meat companies advertise heavily, including via newsletters like Green Queen that contain 100% vegan and vegetarian content.  And they all consistently target consumers with the five perceived negative impacts of natural meat: land, water, climate change, animal welfare and human health.

Sustainability is more than just the environment. What other issues are on the radar in Hong Kong at the moment.

The constant food and meat issue we see here is biosecurity.  There is currently a swine flu national emergency in China.  The first cases were reported in August 2018, it is now sweeping through the entire nation, and global pork prices are forecast to rise by 40% to account for the death of 200 million pigs in China.

It’s yet another reminder to Australia of the importance of biosecurity, and more broadly of animal welfare.