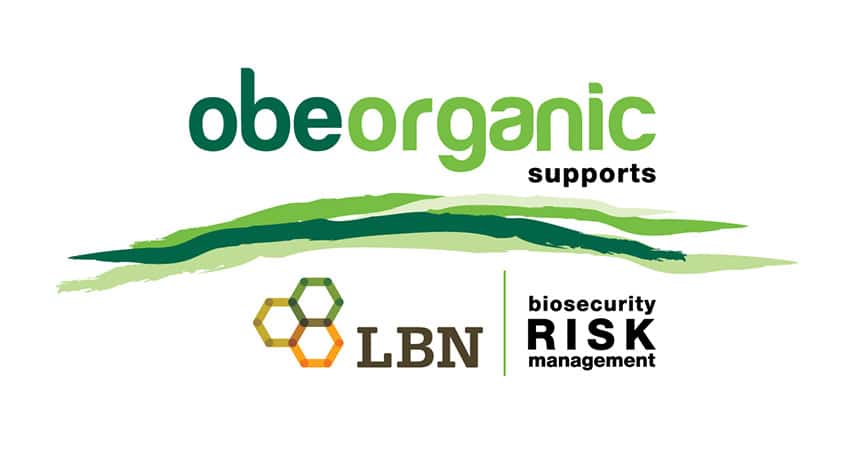 Under this first agreement of its type, LBN will assist OBE Organic’s producers to be above industry standards for biosecurity planning and preparedness by developing a tailored farm biosecurity plan for organic producers. LBN and OBE Organic will also collaboratively promote biosecurity preparedness across the beef sector to raise awareness of the importance of reducing the risk of pest and disease outbreaks.

“Organic beef producers are already integrating good biosecurity practices into their operations through their Organic Management Plans but this new partnership will provide the opportunity for LBN to build on this by taking producers through any additional practical steps required to prevent or minimise risk.

In Queensland, the partnership comes at a particularly critical time given changes to the Queensland Biosecurity Act 2014 due to come into force early next year placing greater legal responsibility on individuals to manage biosecurity risks.

LBN Northern Australia Regional Manager, Dr Sarah-Jane Wilson, said while managing biosecurity risk was not difficult, producers needed to be proactive in assessing what needed to be done.

“Under the changed Act this general biosecurity obligation means producers and other stakeholders must take all reasonable steps to ensure they do not spread a pest, disease or contaminant.

“Managing biosecurity is everyone’s business given outbreaks on just one property can lead to an entire industry having reduced market access and significant financial and reputation losses.

“For this reason we are delighted to have partnered with OBE Organic and look forward to working with producers to protect our industry and its reputation for producing the best beef in the world.”

OBE Organic identified the opportunity to work closely with LBN through its partnership with Grazing Best Management Practices, which benchmarks enterprises against 150 best practice standards including biosecurity. By providing ongoing support, information and training across targeted aspects of beef production, OBE Organic aims to increase the profitability and sustainability of good organic beef producers.

About LBN
The Livestock Biosecurity Network is an independent industry initiative established by the Cattle Council of Australia, Sheepmeat Council of Australia and Wool Producers Australia. The initiative is being funded over a three-year pilot period by industry levies held in trust. During this period Regional Officers in all states and territory will endeavor to provide livestock producers with the necessary tools and useful information to manage disease (endemic and exotic), pest and weed events on their farms. LBN will develop mechanisms for public consultation on animal health, welfare and biosecurity issues.
Web www.lbn.org.au Twitter @livestockbionet Facebook https://www.facebook.com/Livestock-Biosecurity-Network-313001902200133/